There is One God

We are going to look at the question, “Who is God?” As we do, you will find that there is only one God and that if you open your mind to Him, this will be easy to understand.

When describing God, we often use words like “omnipotent,” “omnipresent,” and “omniscient” because we understand that all we need is found in God. Because of this Biblical principle, those who believe in the Trinity use the terms “coequal,” “co-eternal,” and “co-substantial” to describe the perceived relationships between the three persons in the Godhead. The impossibility of these terms makes the concept of the Trinity a mystery that is impossible to explain. However the oneness of God is easy to understand.

What do the terms “coequal, co-eternal, and co-substantial” mean?
Trinitarians believe that while there are three persons, each one has all power and authority. All three have been present forever, with no beginning, and each one is made up of thesame space or substance.

Coequal
This idea states, for example, that each person in the Godhead (Father, Son, and Holy Ghost) has all power. Power, both strength and authority, are measurable. We see this proven in everyday life, for in every relationship there is a give-and-take principle. We also see this in most governments, as there is a sharing of power; only when a consensus is reached can progress occur. A wise person once said, “If two of us are thinking the same thing, one of us is unnecessary.” I have watched groups that had “co-leaders.” One can always expect one of two outcomes; either the co-leaders will argue over the agenda and nothing will get completed, or one will yield to the other for the sake of progress. The only logical explanation is that there are not three co-equal persons; rather, there is One God who chose to reveal Himself to us
in three different ways.

Co-eternal
This means that all (Father, Son, and Holy Ghost) were present at the same time forever and without beginning. It is impossible to explain how a father and son can be in existence for the same length of time. The very words imply a beginning of at least one – the son, as the son is a descendant of the father; therefore, life itself proves the co-eternal concept to be impossible. If the son did not come from the father, he would not be the son. The father would, by necessity, be in existence before the son, and we know that the man, Jesus, had a birth date.

Co-substantial
This means that each (Father, Son, and Holy Ghost) is of the same substance, or occupies the same space. Again, when we examine this concept, we can easily see that this is impossible if there are three entities. To occupy the same substance or space implicitly defines oneness, not unity. “Hear, O Israel: the Lord our God, the Lord is one.” (Deuteronomy 6:4 JPS)

Although it is preferable to have a minimum of two to three verses for each scriptural belief, we cannot provide any for these three terms; the Bible does not substantiate them.

What do we mean, there is one God and no separation of persons?

The Bible teaches that God, the creator of all things, robed himself in flesh as Jesus, and lived on the earth to show himself to the Jews and to die for our sins. He died on the cross, was in the grave three days, and then rose again. After being with his followers another forty days, He ascended into heaven. Then, on the “Day of Pentecost,” He came to live in our hearts as the Holy Ghost.

In these scriptures, we read about seven different men (Moses, Isaiah, Zechariah, Mark, Paul, James, and John) who followed the direction of God and also stated that there is one God. The Jews agree with us that there is one God, for to believe otherwise would be blasphemy to them. Webster’s dictionary says that blasphemy is “an indignity offered to God by words or writing; reproachful, contemptuous or irreverent words uttered impiously against Jehovah.”

(To enable a child to understand the following history portion, we have referred to the “pagan-turned-Christian leaders” as the “mixed-up leaders.” These leaders are also known as the Post-Apostolic fathers.)

In 65 B.C. (B.C. = Before Christ), a Roman general by the name of Pompey conquered the Jews of Judea. This meant that the Jews had to obey both Roman leaders and Roman laws. In 70 A.D. (Anno Domini = In the Year of our Lord; about 70 years after Jesus’ birth), the Roman Caesar Vespasian got tired of fighting with the Jews all of the time, so he decided to conquer the Jews once and for all! His son, Titus, attacked Jerusalem and eventually destroyed the whole city, including the temple. Since the temple was destroyed, it meant that Jerusalem was no longer the center of the Christian faith.

A few years later, the new Roman emperor, Constantine, wanted to stop the fighting between the pagans and the Christians, so he decided to mix the two religions together (a pagan is someone who worships idols, or false gods). The religious leaders in Constantinople became Christians; however, they had also worshiped pagan gods. Because these “mixed-up leaders” had not served God very long, and did not know all that they should, they used philosophy (the thoughts of man) to try to mix their beliefs with their past. They is how they became “all mixed up,” and this is also when the idea of God being “more than one person” was born. The Trinitarian formula for baptism (Father, Son and Holy Ghost) wasn’t used until years after the death of the last original apostle (John was the last to die, around 100 A.D.).

In trying to explain the trinity today, people will go to the writings of these pagan religious leaders, rather than to the Bible. II Timothy 3:16-17 says, “All Scripture is given by the Inspiration of God.” (KJV) We most look to the Bible for all of our answers and consider man’s wisdom second to the Word of God at all times.

This is the third time that I am coming to you. From the mouth of two or three witnesses will every word be made certain. (2 Corinthians 13:1 BBE)

A wise person once said, “If two of us are thinking the same thing, one of us is unnecessary.”

The Bible teaches that God, the creator of all things, robed himself in flesh as Jesus, and lived on the earth to show himself to the Jews and to die for our sins. He died on the cross, was in the grave three days, and then rose again. After being with his followers another forty days, He ascended into heaven. Then, on the “Day of Pentecost,” He came to live in our hearts as the Holy Ghost.

If you are interested in further information on this topic, we recommend the book entitled Essentials of Oneness Theology, written by David K. Bernard. 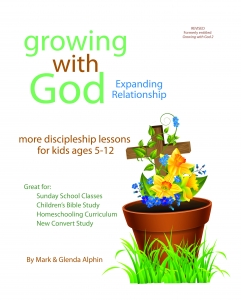 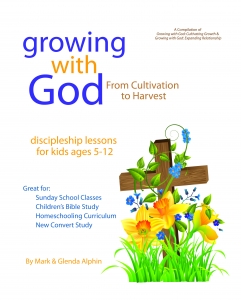